Solemnity of the Nativity of the Lord celebrated at St. John the Baptist Church

A Meditation for Lent

Notes from the Union of Scranton Conference in Mainz – February 2020 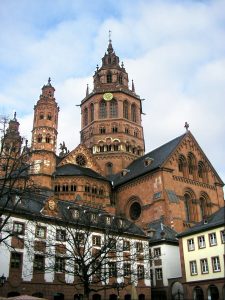 During the weekend of February 7-9th bishops, clergy, monks and laity from the churches taking part in the Union of Scranton dialogue on non-papal Catholicism met in Mainz, Germany, to discuss the question: ”How are we to survive the present crisis of the Christian faith?”

Recognising that the present collapse of faith in Western culture is more than a transient slump in church attendance, we have to acknowledge that we are confronted with the emergence of a new form of society named “institutionalised individualism” by sociologists. In this context the challenge for Christian faith is to preach the Gospel to a mindset which recognises neither a given meaning to life nor a truth common for all. The radical focus on the individual at the cost of commonality reduces man’s life to a private matter – a search for self-fullfillment.

To counter the utopian visions of freedom, the Christian response should be a concerted effort to voice morality, family and community as expressions of an ordered reality – God’s creation. Likewise, we must in our parishes address the spiritual life of the faithful as part of the parochial community as St. Paul admonishes in the plural: “Do not be conformed to this world, but be transformed by the renewing of your mind, that you may prove what is good and acceptable and perfect will of God” (Rom 12:2).

This restoring of the Christian mind allows us to escape the delusions of gnostic ideologies that are built on false understandings of the world, and instead communicate the light of Truth to cultures marred by those ideologies. We need to rebuild communities in accordance with that truth to provide both example and refuge. However, this reorientation “back to basics” cannot be done as a nostalgic effort to “restore” an idealised past. Our challenge is learning to discern the starting point of a new consolidation which can serve as basis of a missionary effort built on “the faithful remnant”. Redeeming the time, states the apostle, we have to walk circumspectly, not as fools, but as those who are wise, because the days are evil (Eph 5:15f).

This approach was presented and debated in the light of two main lectures and a prepared commentary, with a summing up discussion, as follows: 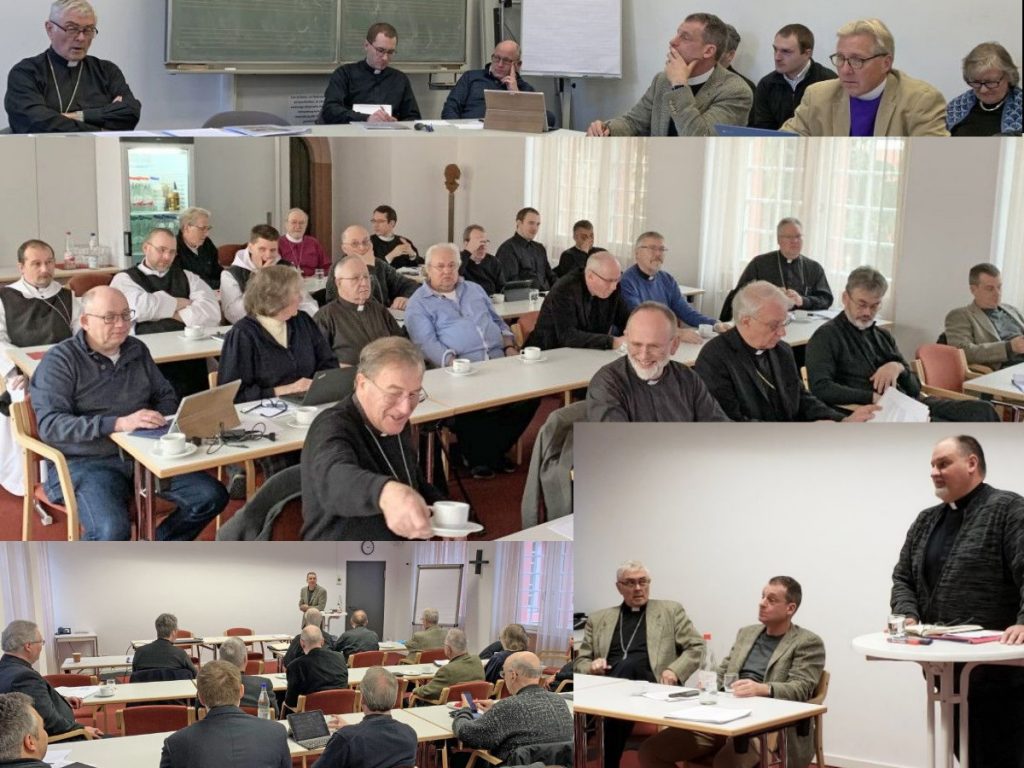 As last year’s gathering, the conference was held at the Conference Center of the Roman Catholic Diocese in Mainz, Erbacher Hof, located in close vicinity of the cathedral. A special guided tour in the Mainzner Dom was included in the program, and Laudes was sung in English and German in the beautiful 12th-century Chapel of St. Gotthard. (See pictures on the German NCC Website: Theologisches Symposium der Union von Scranton). Our heartfelt thanks go to the Diocesan Bishop of Mainz Prof. Dr. Peter Kohlgraf for making this possible.

The other offices and Sunday mass which were celebrated at the Conference Center, were organised by the Nordic Catholic Mission in Germany. Celebrant on Sunday was Fr. Frederik Herzberg, assisted by Fr. Dieter Kniese and Bishop-Elect Ottar Mikael Myrseth. Homilist was Archbishop Anthony Mikovsky and at the organ Fr. Lauritz Elias Pettersen.

Responsible for the well organised local program – including a special dinner in Old Town Mainz for close to thirty participants – was Fr. Daniel Gerte, Archdeacon of the German administration of the Nordic Catholic Church.

Warm thanks to the German NCC team, the Martinuswerk and all participants for their contributions and commitment.

A follow-up conference is scheduled for February next year in Mainz. 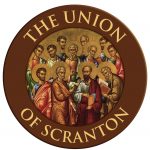 How romantic it all seems, as recorded in Luke’s Gospel. The baby Jesus brought by Mary... END_OF_DOCUMENT_TOKEN_TO_BE_REPLACED

«In the fullness of time God sent forth his son, born of a woman, born under... END_OF_DOCUMENT_TOKEN_TO_BE_REPLACED

This meditation reflecting upon the meaning of the Creed’s word of the Church as “one” and... END_OF_DOCUMENT_TOKEN_TO_BE_REPLACED

The consecration of Bishop Jaroslaw Rafalko, elected bishop of the Western Diocese of the Polish National... END_OF_DOCUMENT_TOKEN_TO_BE_REPLACED

As we are approaching the Solemnity of St. Olaf on the 29th of July, it must... END_OF_DOCUMENT_TOKEN_TO_BE_REPLACED

Fathers Geoffrey Neal and Edward Bryant of the NCC UK Administration have launched a series of... END_OF_DOCUMENT_TOKEN_TO_BE_REPLACED

It is not always so easy to come to terms with the role of the Holy... END_OF_DOCUMENT_TOKEN_TO_BE_REPLACED

On the outskirts of Bexhill in East Sussex, near a former parish of mine, stands a... END_OF_DOCUMENT_TOKEN_TO_BE_REPLACED