Not Fit for Service

“Who is my neighbour?”

The Giver Of Life

St John chapter 16 is a discourse by Our Lord to his disciples explaining that to be united with him will bring love, joy and peace, but also bring hatred “because the world does not know the Father”. [16;21] The mission of Jesus was to reveal the Father, but would not only bring him to the cross, it would continue when he was no longer physically with his disciples. They will not however be left as orphans because “the Spirit of truth will guide them into all truth, He will not speak on His own authority, but whatever He hears He will speak; and He will tell you things to come. He will glorify Me, for He will take of what is Mine and declare it to you. [John 16;13ff] These word of promise although the foundation for survival of the Church have been catastrophically neglected in our day. 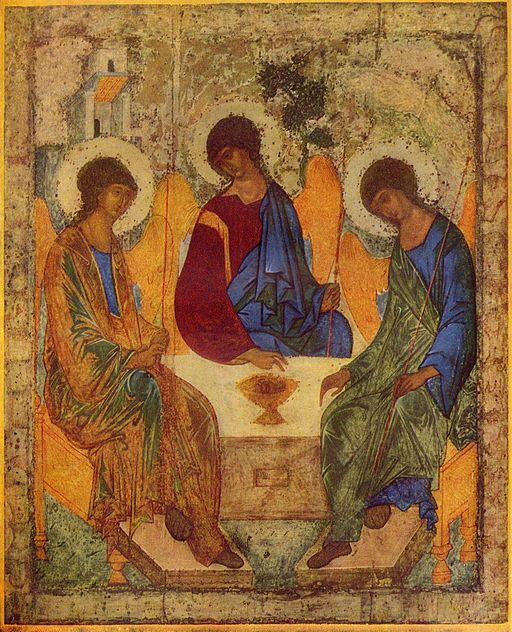 There were many overlooked defenders and guides of our faith during the first four hundred years, known as the post Apostolic Fathers, to whom we should turn. Among the most important was St. Vincent of Lérins who said: “We must formulate our understanding of the Apostles, for there are as many interpretations as interpreters, how can we detect heresy and avoid their traps?” [Commonitories]. He was speaking about the heresies of the first centuries, of which there were over 20 that all attacked the Apostolic Tradition, mostly denying the divinity of Jesus but also undermining the Holy Spirit as the means by which the people of God would survive in the truth.

The Great Councils of the Church were convened to clarify and protect the received faith from these “traps.” Some like Macedonius did not believe in the divinity of the Holy Spirit, or another Pelagius the British monk who appears to have denied the need for the grace of Holy Spirit. One of the first heretics was Montanus [AD 157] who claimed to be the Holy Spirit! He was accompanied by two female prophets, Prisca and Maximillia who had ecstatic visions from a female Jesus. All these diversions created a terrible mess. Montanus is interesting because even today there are still fringe Pentecostal groups who focus on similar happenings such as healings or speaking in tongues as hard evidence and exotic proof of a spiritual world of the Spirit. But the Holy Spirit of the Gospels is so different. The Holy Spirit is p-resent at the Annunciation; He overshadows Christ’s birth in Bethlehem, and sends him into the world to begin his ministry. He confirms the ministry at the Jordan Baptism, driving Jesus into the wilderness to be tested and anointing Christ’s mission. At the Transfiguration it is the Holy Spirit again who prepares for the glorious sacrificial death on the cross. This is the Spirit that was given to the Apostles and the Church at Pentecost to continue to give life and truth the Church.

The purpose of Christian life is to live in communion with the God revealed by the Holy Spirit in Christ and according to St. Peter, “to become partakers of the divine nature.” [2 Peter 1:4] In the words of the Gospel for this Sunday, it will be the Spirit of truth who will continue to guide and become “the giver of life.” The life that the Spirit gives is the life that had been manifested in Christ, and the truth is for the correcting of homespun versions of Christianity.

The Holy Spirit is neither God the Father nor God the Son, but the third person who proceeds from the Father as the ongoing power and guide to truth. God the Father, says Fr. Alexander Schmemann, is the one who loves, God the Son is the beloved and God the Spirit is the love that unites them in a dynamic unity of truth. That is why we pray for the indwelling Spirit, the one who strengthens, who is the treasury of all blessings and giver of the life that was in Christ. The true doctrine of the Trinity is so far removed from the bizarre and crazy man made ideas that continue to emerge. Reflecting on this gospel passage teaches us to trust the authority of the Holy Spirit and all those great mystics and scholars who over the centuries gave us the foundations upon which our faith exists and our souls develop.

Reflection for Septuagesima Sunday Matthew 20;1–6 and Matthew 5;13–20. This reflection was provoked by a message... END_OF_DOCUMENT_TOKEN_TO_BE_REPLACED

Blessed are those who thirst for righteousness Matthew 5;6 Reflections at the end of January The... END_OF_DOCUMENT_TOKEN_TO_BE_REPLACED

The Feast of the Baptism of the Lord John 1;29-34 Psalm 42 speaks of a soul... END_OF_DOCUMENT_TOKEN_TO_BE_REPLACED

Solemnity of the Epiphany of the Lord John 1;1-14 Epiphany is one liturgical drama. It begins... END_OF_DOCUMENT_TOKEN_TO_BE_REPLACED

The Holy name of Jesus Luke 2;15-21 One of the great moments for a parent is... END_OF_DOCUMENT_TOKEN_TO_BE_REPLACED

Solemnity of the Nativity of the Lord John 1;1-14 Writing a homily for Christmas is made... END_OF_DOCUMENT_TOKEN_TO_BE_REPLACED

The Fourth Sunday of Advent Matt 1;18-25 I had a shock during the week. No, it... END_OF_DOCUMENT_TOKEN_TO_BE_REPLACED

The Third Sunday of Advent Matt 11;2-11 Two figures prepare us for the coming of Jesus... END_OF_DOCUMENT_TOKEN_TO_BE_REPLACED

The Second Sunday of Advent Matt 3;1-12 “Prepare the way for the Lord” cried John the... END_OF_DOCUMENT_TOKEN_TO_BE_REPLACED

Advent Sunday Matt 24;37-44 The writer Rod Dreher begins his book The Benedict Option with these... END_OF_DOCUMENT_TOKEN_TO_BE_REPLACED

Sunday before Advent, Christ the King Luke 23;33-43 In six months, Britain will witness the coronation... END_OF_DOCUMENT_TOKEN_TO_BE_REPLACED

2nd Sunday before Advent Remembrance Sunday Luke 21;5-19 One of the saddest things about growing old... END_OF_DOCUMENT_TOKEN_TO_BE_REPLACED

3rd. Sunday before Advent Luke 20;27-38 The Reflections using Luke’s gospel will end with the final... END_OF_DOCUMENT_TOKEN_TO_BE_REPLACED

All Saints Tide Would you like to be a saint? The whole idea of sainthood arouses... END_OF_DOCUMENT_TOKEN_TO_BE_REPLACED