The NCC – Member Church of the Christian Council of Norway

Thinking of Epiphany and Theosis

In the post Christmas season of Epiphany, we think of the manifesting of God in the person and life of Jesus Christ, but the early fathers went deeply into the consequences for salvation for those who walk in the way and life of God.

Origen in his meditation on the beatitude six, Blessed are the pure in heart for they shall see God [Matt.5.8], he says [On First Principles 1.1, 9], For what else is ‘to see God in the heart’ but also to understand and know him with the mind… By this divine sense, therefore, not of the eyes but of a pure heart, that is, the mind, God can be seen by those who are worthy.

Also, Gregory of Nazianzus [First Theological Oration] expresses the patristic mind in saying that theology is not for everyone, It is for those who have been tested, and found a sure footing in contemplation. More importantly, it is for those who have undergone, or at the very least are undergoing, purification of body and soul. For the one who is not pure to lay hold of pure things is dangerous, just as it is for weak eyes to look at the sun’s brightness.

This is echoed in Palladius [Lausiac History] who claimed that unless one is purified in body, mind and heart, one can gain only the most superficial understanding of the Bible. 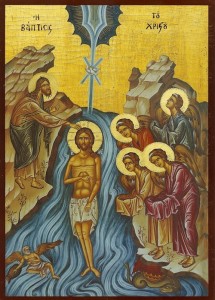 This brings us to the heart of the matter because for the early Fathers salvation is linked to deification or (theosis) which means how the life of God is imparted to the believer so that he or she may participate or share in the triune life. No one expressed it more succinctly than Athanasius, The Son of God became man so we might become God. Or as St Peter [2 Pet. 1.4], Humanity is made in the image of God to become ‘partakers of the divine nature’.

We should never think of claiming God’s gift of salvation as an individualistic action, but as a process of growth, of responding to the Holy Spirit who brings us into the divine stream from which we are to drink and be transformed. Salvation does not mean we are changed into the divine nature, but remaining God’s creatures we are being restored the divine likeness that has been lost.

The Anglican Divines followed in the footsteps of the early Fathers in their concern to understand the mystery of participating in the life of God. They found in the study of the Fathers a gateway into the scriptural mind and subsequently a living tradition which guided the interpretation of Scripture, and finally a clue to the Church Catholic of the past and the future, the whole Church Catholic, Eastern, Western, our own. 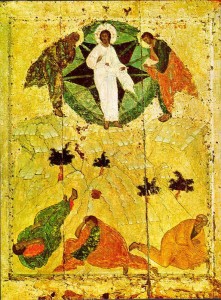 Such divines have used the thought and piety of the Fathers within the structure of their own theological exposition. Richard Hooker speaks of Christ making us such as himself is, meaning that because of the Incarnation the self-impartation that exists within the Godhead finds expression in a self-imparting of God to his creation, allowing creation and redemption to become the two modes in which created beings participate in the life of God. In a sermon on the Holy Spirit, Lancelot Andrewes speaks of the mystery of Christ’s Incarnation and the mystery of our inspiration as great mysteries of godliness in both, God being ‘manifested in the flesh’.

We walk in this way for as many as received him, to them he gave power to become the sons of God…[John 1.12]

Reflection for Septuagesima Sunday Matthew 20;1–6 and Matthew 5;13–20. This reflection was provoked by a message... END_OF_DOCUMENT_TOKEN_TO_BE_REPLACED

Blessed are those who thirst for righteousness Matthew 5;6 Reflections at the end of January The... END_OF_DOCUMENT_TOKEN_TO_BE_REPLACED

The Feast of the Baptism of the Lord John 1;29-34 Psalm 42 speaks of a soul... END_OF_DOCUMENT_TOKEN_TO_BE_REPLACED

Solemnity of the Epiphany of the Lord John 1;1-14 Epiphany is one liturgical drama. It begins... END_OF_DOCUMENT_TOKEN_TO_BE_REPLACED

The Holy name of Jesus Luke 2;15-21 One of the great moments for a parent is... END_OF_DOCUMENT_TOKEN_TO_BE_REPLACED

Solemnity of the Nativity of the Lord John 1;1-14 Writing a homily for Christmas is made... END_OF_DOCUMENT_TOKEN_TO_BE_REPLACED

The Fourth Sunday of Advent Matt 1;18-25 I had a shock during the week. No, it... END_OF_DOCUMENT_TOKEN_TO_BE_REPLACED

The Third Sunday of Advent Matt 11;2-11 Two figures prepare us for the coming of Jesus... END_OF_DOCUMENT_TOKEN_TO_BE_REPLACED

The Second Sunday of Advent Matt 3;1-12 “Prepare the way for the Lord” cried John the... END_OF_DOCUMENT_TOKEN_TO_BE_REPLACED

Advent Sunday Matt 24;37-44 The writer Rod Dreher begins his book The Benedict Option with these... END_OF_DOCUMENT_TOKEN_TO_BE_REPLACED

Sunday before Advent, Christ the King Luke 23;33-43 In six months, Britain will witness the coronation... END_OF_DOCUMENT_TOKEN_TO_BE_REPLACED

2nd Sunday before Advent Remembrance Sunday Luke 21;5-19 One of the saddest things about growing old... END_OF_DOCUMENT_TOKEN_TO_BE_REPLACED

3rd. Sunday before Advent Luke 20;27-38 The Reflections using Luke’s gospel will end with the final... END_OF_DOCUMENT_TOKEN_TO_BE_REPLACED

All Saints Tide Would you like to be a saint? The whole idea of sainthood arouses... END_OF_DOCUMENT_TOKEN_TO_BE_REPLACED